DOLCE&GABBANA CASA: THE ADVERTISING CAMPAIGN BY THE DUO MERT&MARCUS

The Dolce&Gabbana Casa Collection is presented through a series of images that combine a classic aesthetic and a contemporary sensibility. The first Advertising Campaign of the new line dedicated to the art of home living transports the viewer into a dreamlike dimension where the objects of our everyday life meet inspiration and become pieces of unique design and creativity.

The Blu Mediterraneo, Carretto Siciliano, Leopard and Zebra themes dominate the scene with their iconic patterns and references to Dolce&Gabbana’s most authentic DNA. 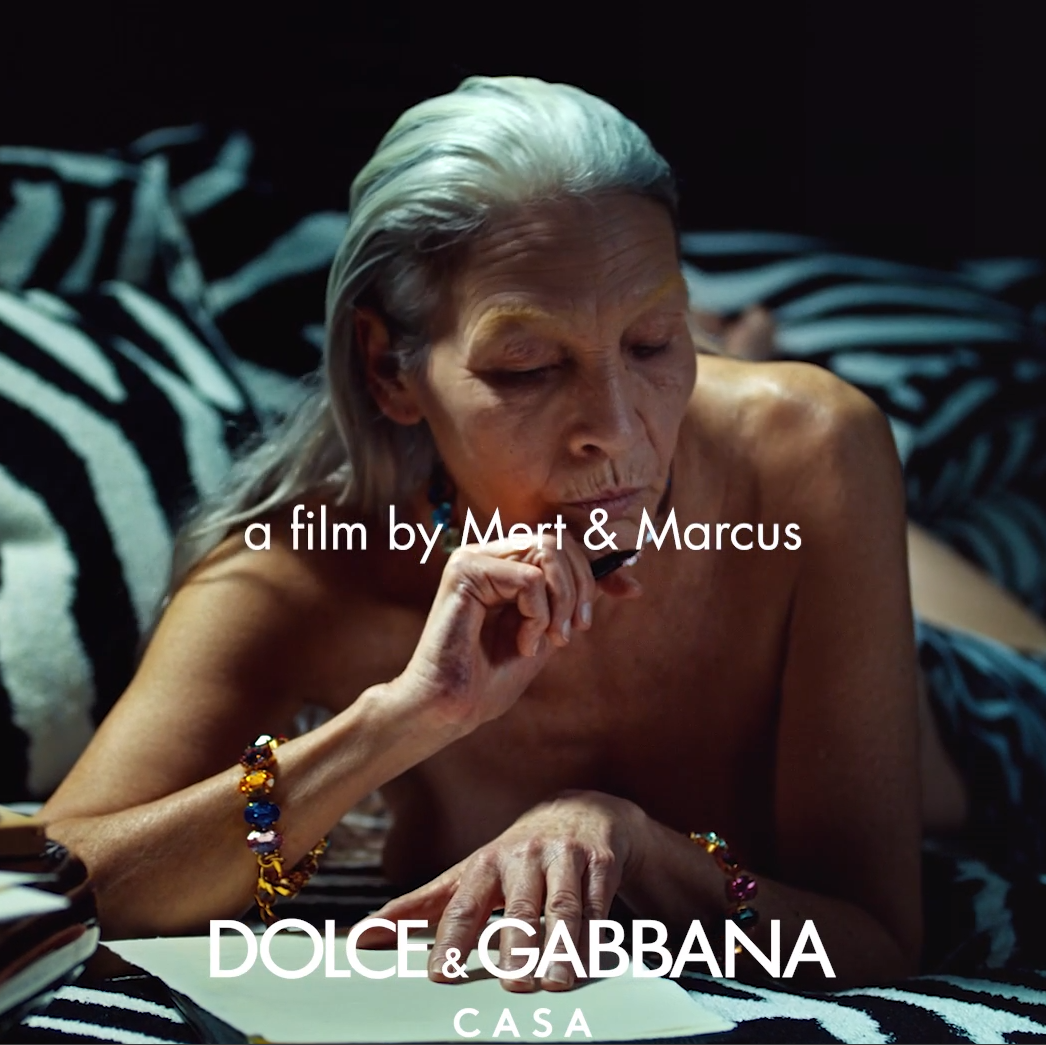 The photographs, shot by the duo Mert&Marcus, recall the traditional imagery of the Renaissance artistic nudes, while alluding to the aesthetic of the Dolce&Gabbana 2000s campaigns. The models’ silhouettes delicately blend with their surrounding, bringing out the Collection’s uniqueness. The campaign’s pictorial style draws the spectator into the oneiric and artistic world of Dolce&Gabbana’s furnishing creations.

In the campaign’s video contributions, the poetic aspect is further emphasised by the words of a love letter: Dolce&Gabbana Casa thus becomes the ideal space in which emotions and sensations find expression through the creativity of special objects.
The new Dolce&Gabbana Casa ADV Campaign also features Machine Gun Kelly as the main character of a selection of shots.